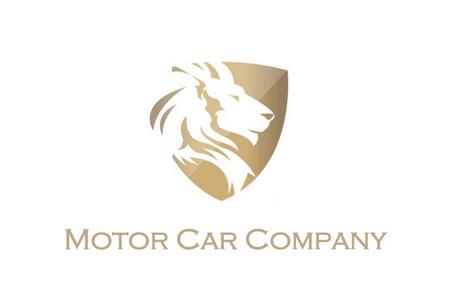 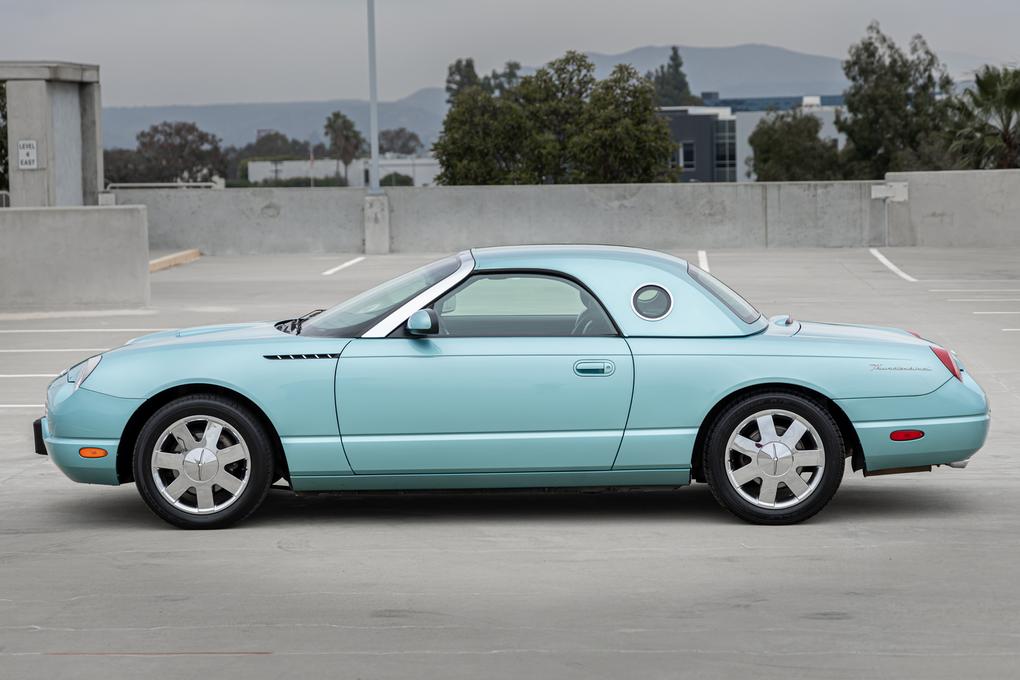 Model Overview:
The world was waiting patiently for this all-new two-seater Thunderbird roadster, ever since Ford announced it was dumping the old coupe and taking the Thunderbird back to its original limited-production roots in the Fifties. Ford’s 2002 Thunderbird exemplifies the neo-retro design trend that took hold of the automotive landscape in the late 1990s and early 2000s. The new Thunderbird modernized earlier styling concepts to create a futuristic interpretation of a popular past design.

The 2002 Ford Thunderbird revisited the first generation 1955 to 1957 Thunderbird, right down to bright 1950s colors and two-seat configuration. The AJ-30, 3.9-liter V-8 engine cranked out 250 horsepower and 0-60 came up in seven seconds through a 5-speed automatic transmission. Like the earlier model, the Thunderbird was promoted as a “personal luxury car,” not a sports car. Prices ranged when new from $35,495 for the base car to $39,795 with a porthole hard top.

The design was penned by Ford designer J Mays, who incorporated many of the first Thunderbird’s traits. Cowled headlights, an eggcrate grille, a hood scoop, and afterburner taillights are all signature elements of the car’s design.

The eleventh generation T-Birds are finally starting to be driven, after mostly being purchased as future collectibles. The first ones were black or white, or bright primary colors, but there was a striking turquoise called Thunderbird Blue. Second-year colors included 1950s classics such as Salmon pink and black. The relaunched Ford Thunderbird is a fun weekend cruiser, and still captures attention today.

2002 Was the Only Year the Thunderbird Blue Exterior Color was offered making it more rare and collectible. This car is equipped with Premium Package including the Thunderbird Blue Hard Top and Premium Chrome Wheels. Partial Color Accent Package with Color Inserts in the Seats, Steering Wheel, and Shifter.  The Full Color Accent Package, which adds Color Accents to the Lower Instrument Panel, Center Console and Door Trim Panels. Traction control and 17-inch Wheel and Tires are standard on this Premium model.

Two reasonably comfortable bucket seats are independently adjustable with power switches located on the side of the seat. Open cargo bay and a wall behind the two seats.  Instruments are beautifully rendered in the T-Bird, much like the 1955 car, with long Sea Foam Green needles pointing the way instead of red, white or black needles. In such a small interior, everything falls readily to hand, you don't have to stretch to reach anything, and for couples, especially, the interior is intimate and romantic, with the T-Bird's spreading wings portrayed on the two door panels, steering wheel, seats and cargo bay.

Asking Price: $ Sold
All offers will be considered
Ready for immediate worldwide delivery