History of the 1967-1971 Ferrari 365 GT:
Those present at the 1967 Paris Auto Show saw the new Ferrari 365 GT 2+2, resplendent in new Pininfarina coachwork that utilized styling cues from the Superfast as well as the 330 GTC, combined with the new and larger 4.4-liter, 320-hp version of the veteran Colombo V-12.
Driving one of these "Queen Mothers," as Road & Track called them, is heightened by the sound of the car’s Weber carburetors, capable handling and braking (courtesy of four-wheel vented disc brakes), and a driver environment that included power steering, electric windows, air conditioning, and an abundance of wood and leather on the dash. There were no real options other than an automatic transmission that was fitted to only six cars, all of which were imported by Luigi Chinetti for the U.S. market. The 365 GT 2+2 is a luxurious and capable choice for any enthusiast who is looking to have one of the last of the classically styled Colombo V-12 2+2s from the 1960s.


About this Car:
This is a Numbers Matching Ferrari with Factory Air Conditioning. It is a strong driving car. The car comes with an Original Tool Roll. Five-Star Cromodora Wheels. 365 GT 2+2 Operating Maintenance/Service Handbook Binder. Service Records.  Marcel Massini Report.

History: Frame sent to Carrozzeria Pininfarina in March 1969. Factory completion month was May 1969. It was delivered new to William F. Harrah’s U. S. West Coast distributorship MCM Modern Classic Motors in Sparks (Reno), NV/USA Mid-1969.  Sold by MCM to the first private owner in 1969. In 1973 repainted dark red metallic per Marcel Massini Report. In 1973 it was sold by the first owner to the second owner Giorgio Vecchiola, a foreign car mechanic in San Francisco, CA/USA. Per the Marcel Massini Report the 2nd owner Giorgio Vecchiola was a Ferrari mechanic that was trained by the Ferrari  factory in Modena, Italy and he took very well care of the car during his ownership. Sold in January 2014 to its last owner who lives in San Diego, CA and has owned the car since.

We look forward to working with you on the purchase of this special Ferrari.

*Ad Disclaimer:  All vehicles are sold AS IS – NO WARRANTY; unless there is an existing Factory Warranty that has not expired.  Motor Car Company does not sell or offer warranties.  The ad copy above is a matter of opinion.  Motor Car Company recommends each purchaser to physically inspect the car they are buying in person or hire a third-party inspection company prior to purchase. All contract documentation must be signed and the car paid for in full before the car can be released to the buyer. All photos are copyrighted by
© Motor Car Company. 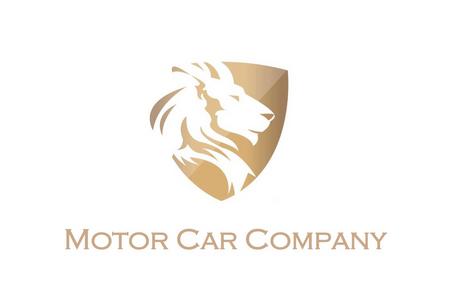