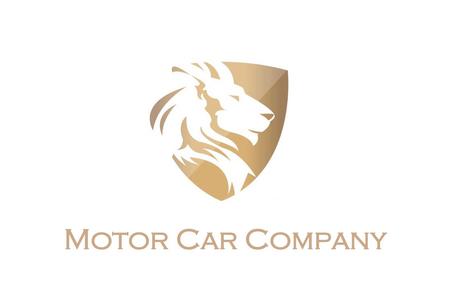 
History of the 1955-1962 Triumph TR3:
The Triumph Motor Company launched the TR3 in October of 1955 as a successor to the TR2, and the new model was powered by the same 1991 cc, straight-4, overhead valve engine as its predecessor. The powerplant had larger carburetion, however, that pushed power to 95 hp, and the engine was mated to a four-speed transmission. New cylinder heads were fitted to the engine during the first 12 months of production, which translated to 5 more hp, and top speeds for the TR3 approached 110 mph.

The car utilized front independent suspension and a live rear axle, and initially had drum brakes on all four wheels. Within the first year, however, Triumph switched to front disc brakes, becoming the first production British car to do so.

Externally the car had low-cut doors and minimal weather protection, which underscored its purposeful, sporting nature. It had a small opening in the front with a deep-set grille that did not compare favorably to competitors like the MGA and Austin-Healey 100. Performance was on par, though, and the car was well received.

Popular optional equipment for TR3s included overdrive, a hard top, and wire wheels. A handful of buyers opted for the occasional rear seat as well.

Triumph executed a visual freshening in 1957, and the cars are now referred to as the TR3A, though the company never officially named this evolutionary model as such. Most significantly, the car’s grille grew wider and became less recessed. Also, headlight treatment was slightly altered, door handles (available on the earlier cars via a “GT Kit”) became standard, a locking trunk handle appeared, and larger bumpers were installed. Mechanically, most of the TR3’s original spec remained.

The TR3 today is remembered as a model that helped establish Triumph as a leading producer of open two-seat sports cars – a reputation the company carried through the 1970s.


About This Car:
Triumph Motor Company did a lot of things right and the TR3A Roadster is one of them.  One of the best, ‘bang for your buck’, stylish two door roadsters money can buy. These are so much fun to drive and are spirited.  They’re also very affordable to maintain which makes them even more enjoyable. This car has the very disable British Racing Green exterior over black interior with white piping. The car is a strong driver and is ready to be enjoyed.  It was also just serviced. New rear wheel hubs, new battery, oil changed, new oil filter, new air filters, fluids topped off, tuned and fully detailed out. Please give us a call to discuss this car in more detail.


Asking Price: $ 'Sold'
All offers will be considered
Ready for immediate worldwide delivery


*Ad Disclaimer:  All vehicles are sold AS IS – NO WARRANTY; unless there is an existing Factory Warranty that has not expired.  Motor Car Company does not sell or offer warranties.  The ad copy above is a matter of opinion.  Motor Car Company recommends each purchaser to physically inspect the car they are buying in person or hire a third-party inspection company prior to purchase. All contract documentation must be signed and the car paid for in full before the car can be released to the buyer. All photos are copyrighted by © Motor Car Company.